Song mastering is much more popular on an individual basis than it once was. In the past, virtually all artists would have their entire record mastered at once and that would include sequencing of the record and making sure everything was at a volume which was in parity with every other song on the record so that when it got sent off to the CD or vinyl replication plant, there would be no issues. 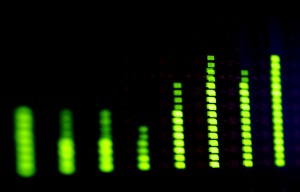 Today, it’s a much different market when it comes to creating music. Many artists will forgo releasing their music and physical format and will stick exclusively to releasing their music in digital format. It’s much easier and it’s much more cost-effective for the artist which is why they do it. So instead of mastering an entire record, song mastering is applied to individual tracks and sometimes artists only put out one or two songs at a time.

They obviously still want to deliver the best sounding product to their fans and listeners, which is why they still go ahead with song mastering but it’s much more cost-effective than the cost of putting together an entire record.

In this case, the only aspect of mastering involved in song mastering is applying effects such as equalization, reverb, and compression to the track to improve the clarity of the song, give the song a sense of unity throughout itself, and to add more of a third dimensional element to the song, respectively. The dynamics of the song are maintained during a good song mastering job in the overall levels are boosted to be on par with that of current and contemporary popular songs.

Music Guy Mastering is currently running a special on individual song mastering at just five dollars per track. You will not find more affordable rates for the amazing level of quality which you’ll receive. If you’re not convinced, I strongly recommend that you receive your free test master of one of your songs right now so that you can experience your music and how good it could be sounding within the hands of the capable engineers at Music Guy Mastering.