Audio mastering is the last part when it comes to music production. Once the artist or band has recorded the various tracks making up a song and the mixing engineer has mixed those tracks together and rendered them down to a final mixed file, that file is handed over to the mastering engineer for the final glossy touch. 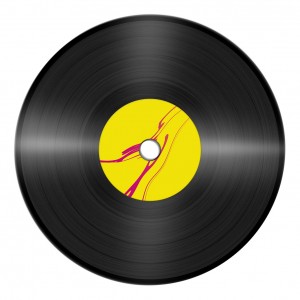 While audio mastering is by no means a requirement in music production, it will substantially increase to the overall quality of your finished product so it’s extremely important that you think about having your audio mastered before releasing it to your fans. Many engineers offer free test masters so that you can experience firsthand the benefits of audio mastering without risking a dime beforehand; but this article is designed to inform you of the reasoning behind it.

Basically the benefits of audio mastering are threefold.

Initially, song mastering is essential for improving the overall quality of your music. Even after you have recorded your various tracks using natural as well as perhaps adding some digital effects to improve the sound, the mastering engineer can make use of digital and analog effects and plugins to really bring out the full potential of a song.

The major three effects generally consist of reverb, compression, and EQ. Reverberation first adds a bit more atmosphere to your tracks and can improve a flat sounding record to give it a sound of being recorded in a different and perhaps better space. Compression will give your track more unity from top to bottom without sacrificing the dynamics. EQ is important for emphasizing or diminishing the focus on certain areas or ranges of your audio spectrum over others.

A skilled and consummate audio mastering professional is capable of unlocking a track’s true potential through the artful application of just the right breadth and depth of effects such as these.

Secondly, audio mastering is used to create the finished product in terms of a record. This means putting every song on the record at the same level as every other track on the record, adding important data such as any text/credits/ISRC codes, and creating the sequencing of the record which includes the table of contents for the record, breaks between tracks, etc.

Finally, audio mastering can be used as a final check point so that a fresh set of ears can listen for problems in the audio. Not only can you go back and touch these problems up in the recording phase but the mastering engineer can actually go ahead and cover up and correct problems in the audio. While this is not ideal and certainly is not something which you should rely on, in some cases this can save you a great deal of headache.